Driven by a determination to create welcoming schools for the local community, where every person thrives, makes excellent progress and succeeds. 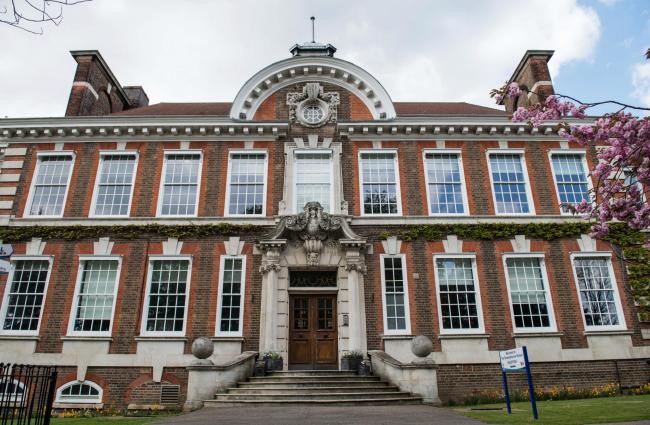 When the plans for the Hayes Lane school were first drawn up H P Burke-Downing Architects they were exhibited at the Royal Society as an example of the ideal school design and construction. 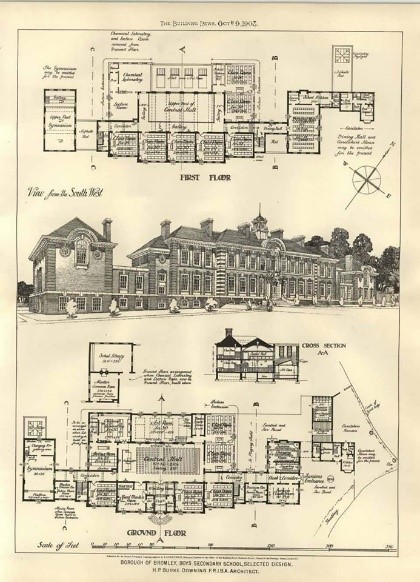 The school in Hayes Lane was ceremonially opened on Wednesday 18th October 1911 with 79 pupils.

In his speech the Headmaster, Mr Airy, urged his pupils to be:

Still unsatisfied, still seeking for a better thing than best,

a fairer thing than fairest, without rest

The proceedings closed with the National Anthem, after which the visitors were entertained to tea.

The buildings in Hayes Lane were considerably extended in 1933, using the original architect, H P Burke Downing.  The continuity of the neo-Georgian design was such that it is very difficult today to distinguish between the original and the extension. 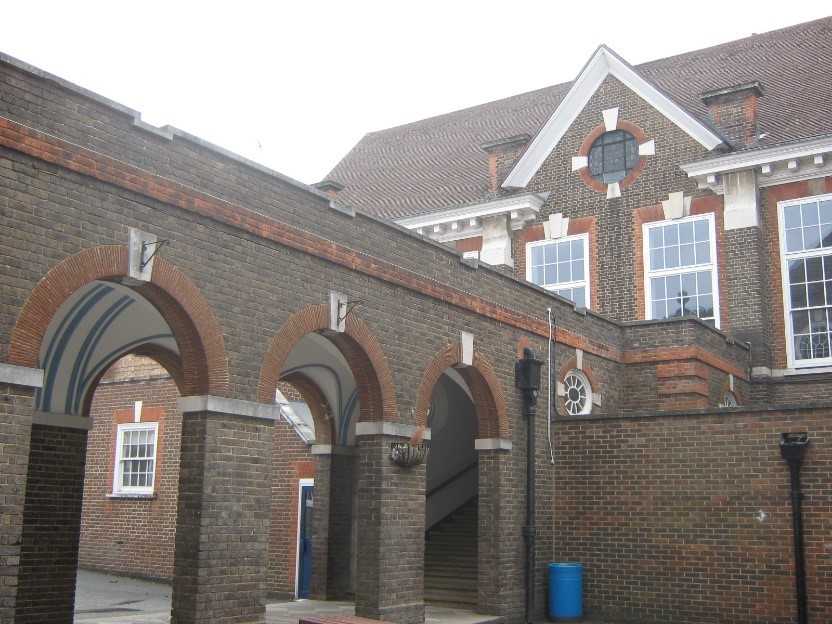 The new buildings comprised the Great Hall (connected to the original building by an open cloister), the Science block, the Dining Hall and Gymnasium on either side of the hall. 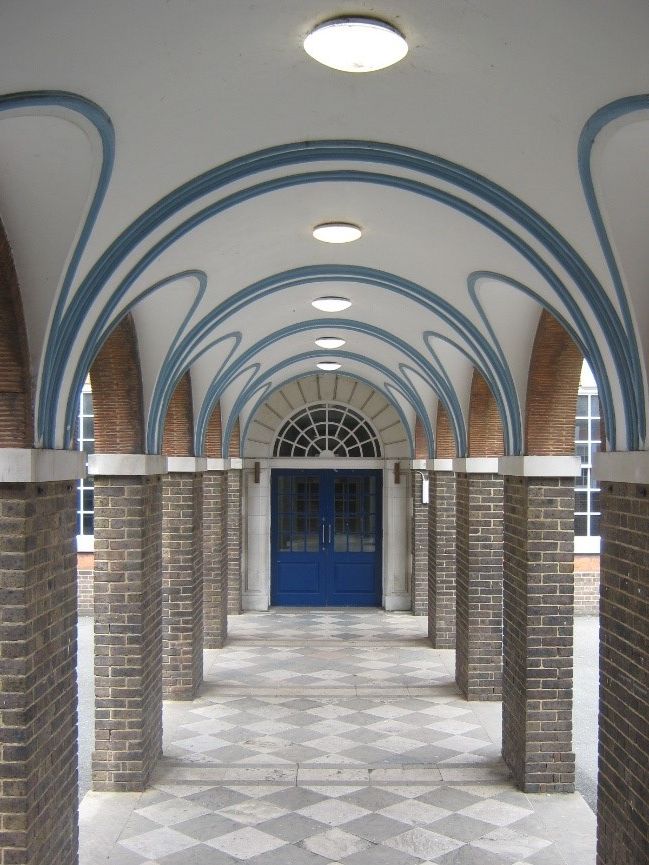 The Great Hall, with its auditorium, ceiling roundels with fruit in high relief and curved proscenium arch with Tuscan columns and central keystone, is impressive both aesthetically and acoustically. 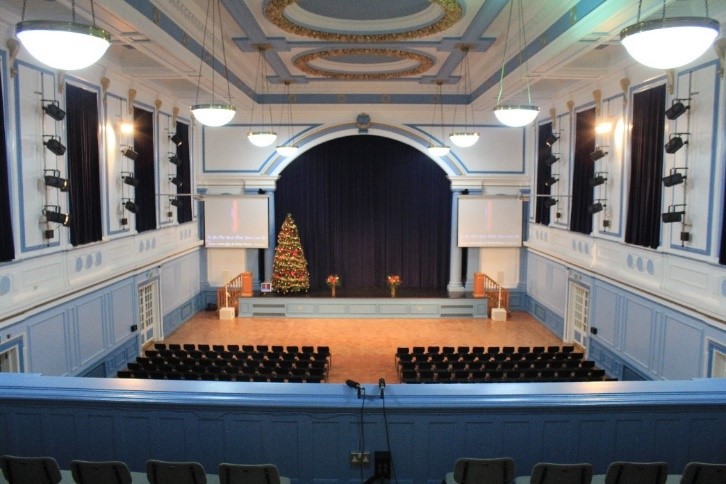 The old Gymnasium was converted into the War Memorial Library as a Memorial of the eight men and past students of the school who fell in the First World War.

Find out more about these men:

The War Memorial bears a brass plate in the centre remembering Clifford George Grail. Although he was only 24 when he died in service at Gallipoli, Captain Grail had been a master at the school.  He received a special mention as he was the founder of the school corps. 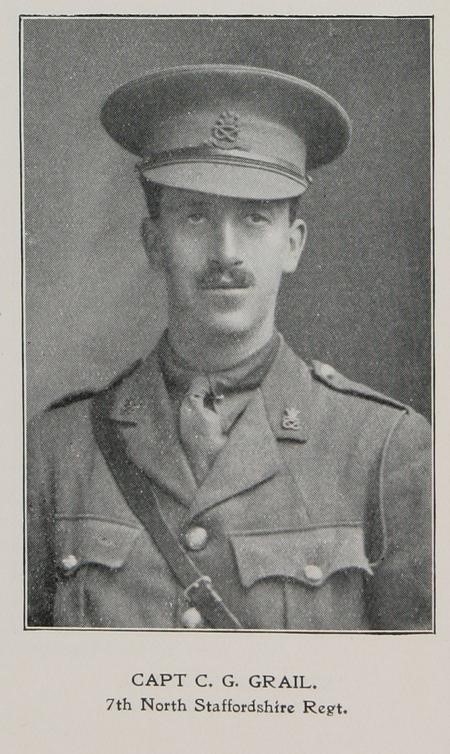 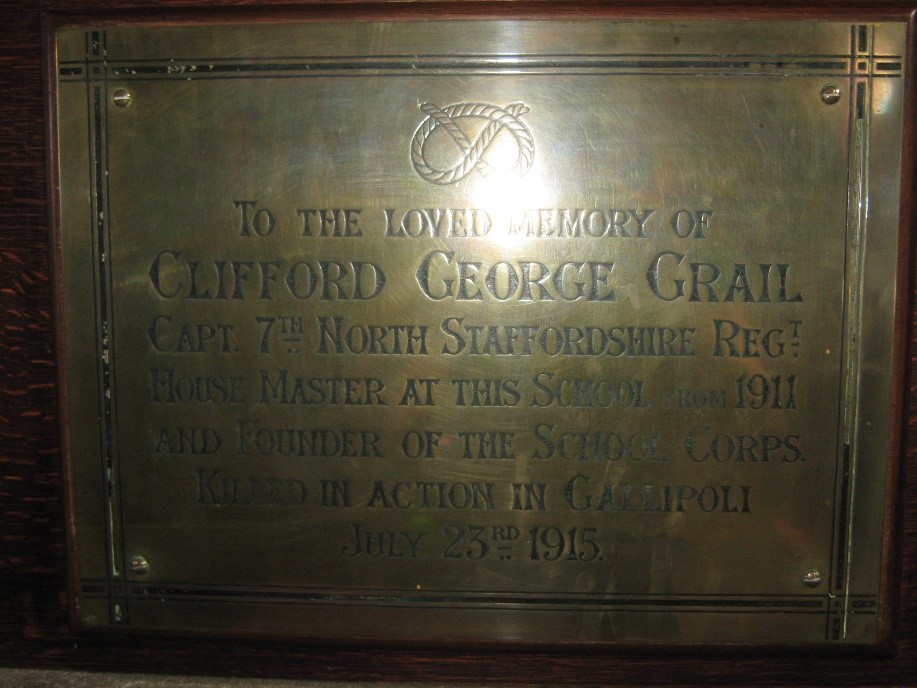 The new buildings were officially opened on the 30th November 1934. Many of the school’s early buildings are recognised as being of historic interest and are Grade II listed.

The outbreak of World War II had a profound impact on the school.  The school was proud to contribute to the war effort by accommodating an Air Raid Wardens post. 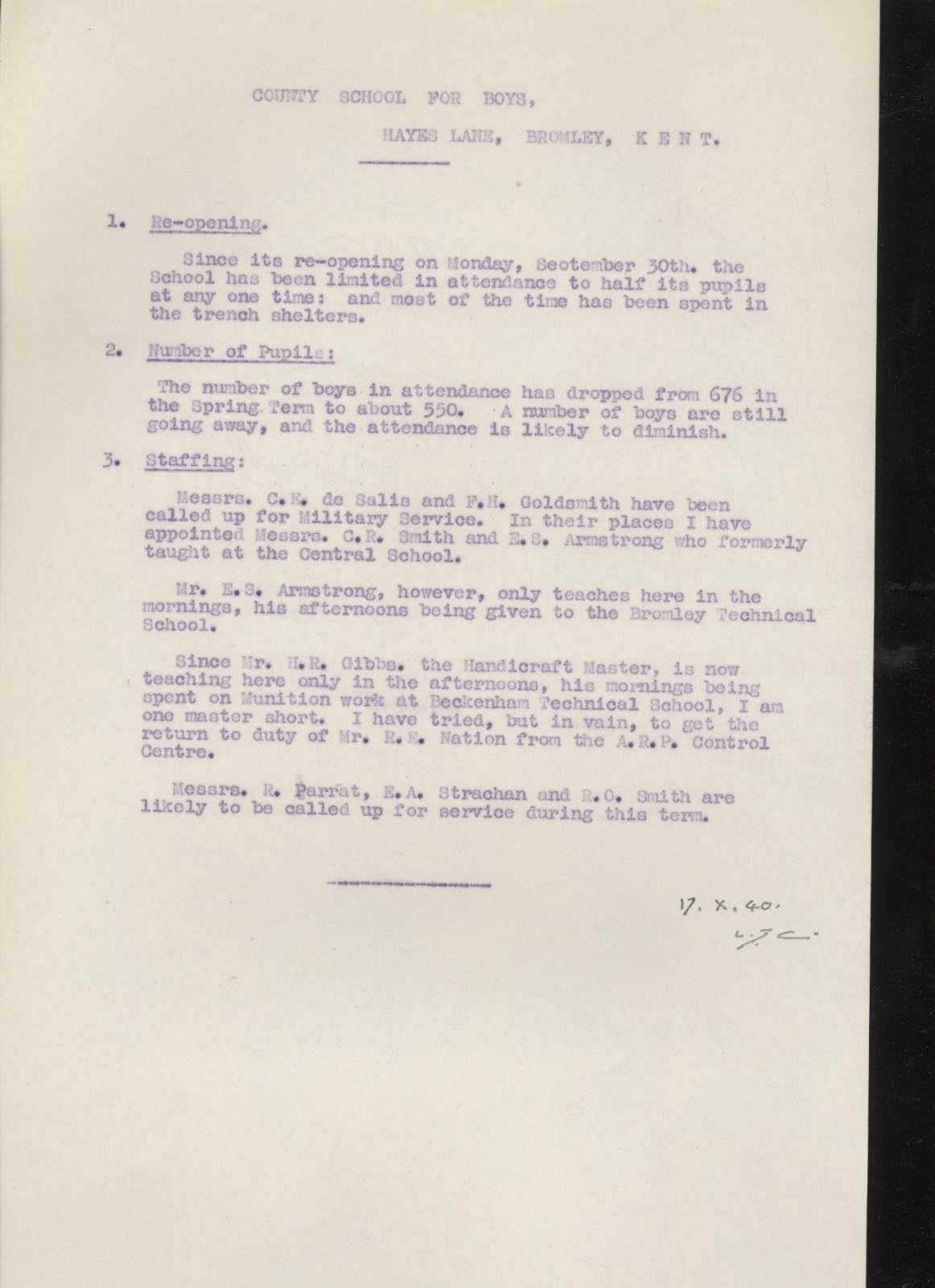 Sadly the war memorial was added to considerably after World War II. 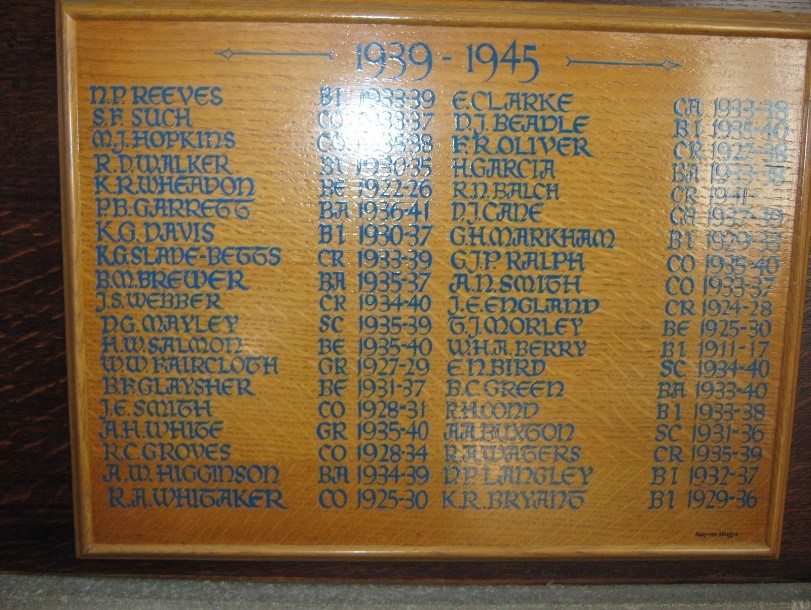 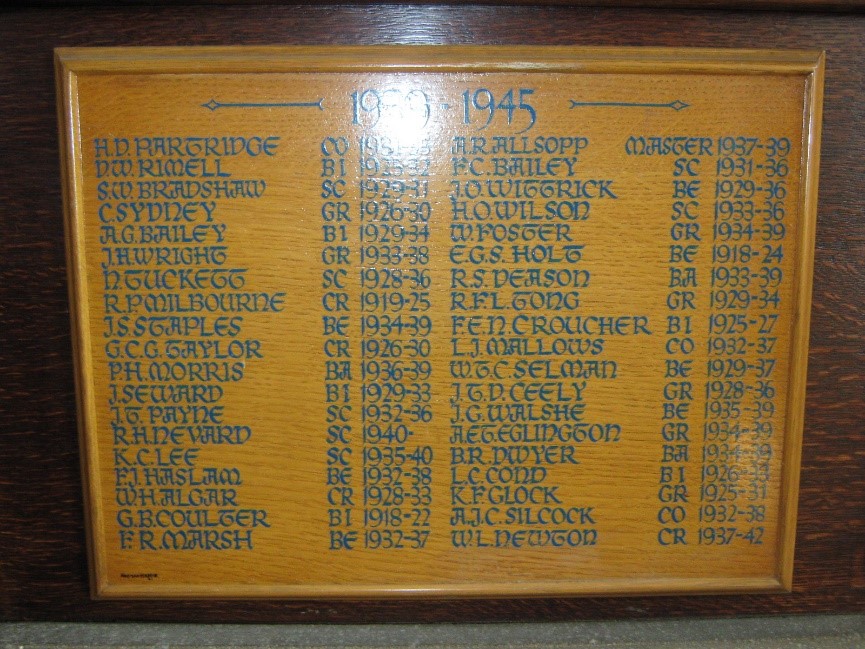 Although the school lay on a very obvious flight path for the German bombers from London back to their bases in Germany the building was spared any direct hits.  Rumour has it that this was due to the fact that the building was used as a marker for the pilots as they made their way home to safety.

Following the addition of the names of those who died in the 1939-45 conflict the war memorial was rededicated in a service in the Great Hall on Sunday the 3rd of June 1951 with representatives of all three armed forces present. 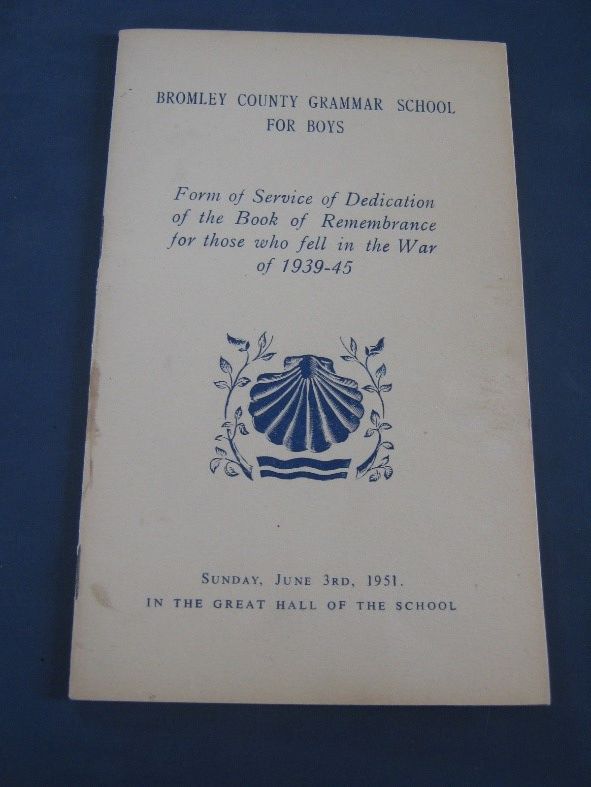 In 1988 demographic changes persuaded the Education Authority that the two separate single sex schools should close, and a new co-educational comprehensive school be opened at Hayes Lane. There started a £6 million building programme designed to reflect the elegance of the existing buildings and to ensure that the new school would enjoy outstanding provision in every respect. 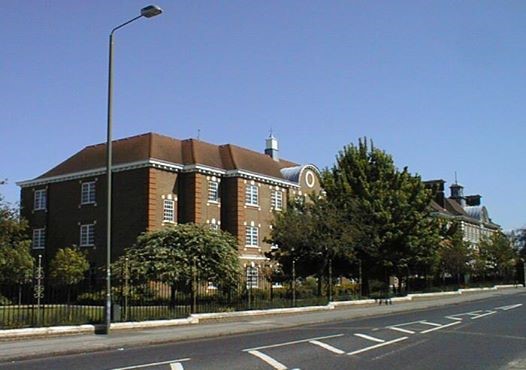 In 2003, with over subscription in Years 7 to 11 and an expanding Post 16, yet more building work was undertaken. A new dedicated Post 16 block was created, the Drama studios expanded, with other additions being made later, including a dedicated cooking room, a fitness suite and a specialist dance studio with a sprung floor.

On the 21st of June 2004, marking the outbreak of World War I and 70 years since D-Day, the war memorial was rededicated in a ceremony paid for with lottery funding.  The families of some of the men and boys remembered on the memorial were traced and many were able to attend, along with guests from the Royal British Legion and the Gallipoli Society.  The refurbished memorial was unveiled by the chair of governors and the Mayor of Bromley, with the last post being sounded from the school balcony by a lone bugler. 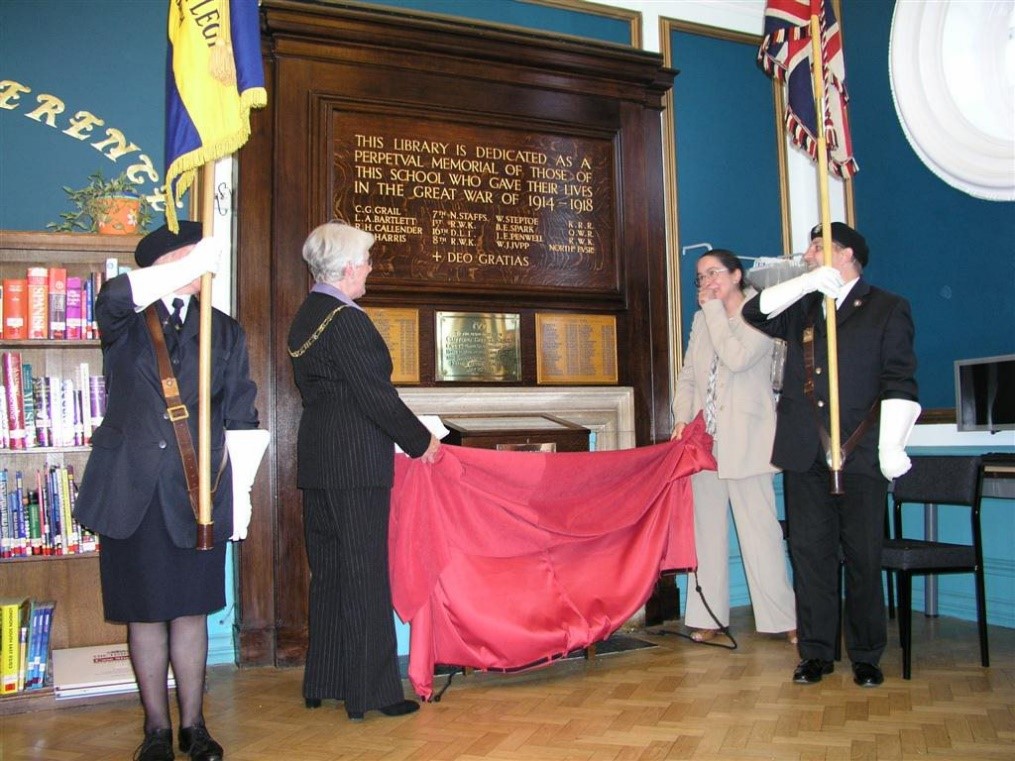 A new, Lower School Library was installed in, what was, the original dining hall created in October 1911 for the first 79 pupils.